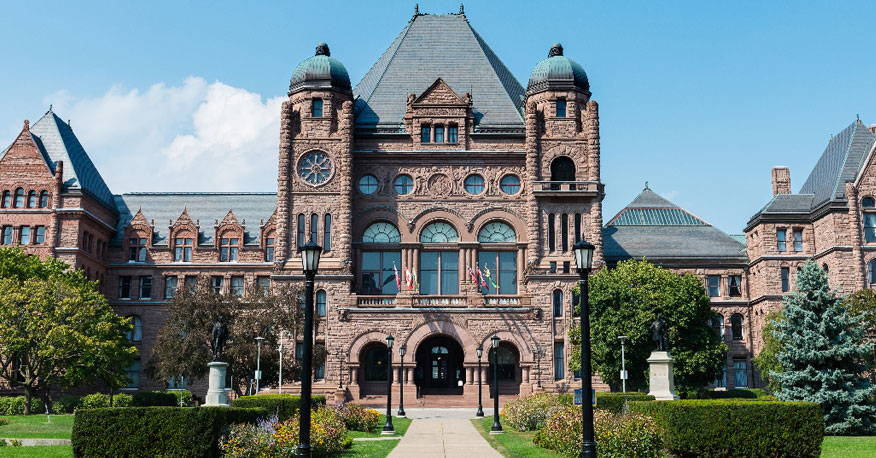 TORONTO, ON – The provincial budget tabled today at Queen’s Park looks like it was written by former TD Bank Executive Ed Clark for the benefit of Bay Street, not for the people of Ontario, says the president of Ontario’s largest union.

“On every major file, given the choice between benefiting Ontarians and benefiting Bay Street, the Liberals have chosen Bay Street,” said CUPE Ontario President Fred Hahn. “It’s not what Kathleen Wynne campaigned on; it’s not what the people of Ontario need.”

This year’s budget will hurt communities across the province as programs and services are cut in order to balance the budget by an arbitrary date.

“Maybe the Liberals missed the memo. Both their federal cousins and the people of Ontario clearly are less concerned about deficit than they are about investing in the economy to create the good jobs and public services we all need,” said Hahn.

Successive austerity budgets have left Ontario with the lowest per-capita program spending in Canada and serious cuts to front-line public services such as health care, schools, universities and social services. North Bay has seen more than 300 jobs cut from its hospital, Hamilton lost more than 70 child protection workers and the Toronto Catholic District School Board is looking at eliminating 100 educational assistants – cuts similar to those being seen in every community across the province.

To make matters worse, he said, the budget continues the Liberal plan to privatize services and sell assets we all own in common. This includes the sale of 60 percent of Hydro One, which government watchdogs and economists warn will ultimately cost Ontario hundreds of millions of dollars annually. Continuing the privatization agenda flies in the face of AG’s finding that P3 schemes have needlessly funnelled more than $8 billion into the pockets of private corporations.

“This government needs to stop letting bankers like Ed Clark drive the bus. They don’t have the best interest of Ontarians at heart,” said Hahn.

Instead, he said, the government should restore corporate tax cuts, which former Premier Dalton McGuinty bragged amount to $8 billion a year. They should invest in public services that create good jobs and stimulate the economy in every community across the province.

“The Liberals have a choice to make,” said Hahn. “Stop the cuts that are dragging our economy down, or face the thousands of people they’ve left unemployed during the next election.”

CUPE is Ontario’s community union, with more than 250,000 members providing quality public services we all rely on, in every part of the province, every day. CUPE Ontario members are proud to work in social services, health care, municipalities, school boards, universities and airlines.